Is hearing loss leading to cognitive decline in elderly people?

In the past, hearing loss was considered to be a relatively insignificant part of the normal aging process. However, recent findings have indicated strongly that the decline of hearing in older people can play a much more important role in their mental health. Since two-thirds of all Americans experience some degree of hearing loss by the age of 70, these findings are particularly troublesome.

Mr. Frank Lin, an otologist and epidemiologist at Johns Hopkins University in Baltimore, has been the driving force behind several studies that show a powerful link between hearing loss and a wide range of cognitive issues, including mild cognitive impairment through full-blown dementia. There are four possible connections which scientists now believe may link the two processes.

List of possible connections between hearing loss and dementia

What are the chances that hearing loss leads to dementia? 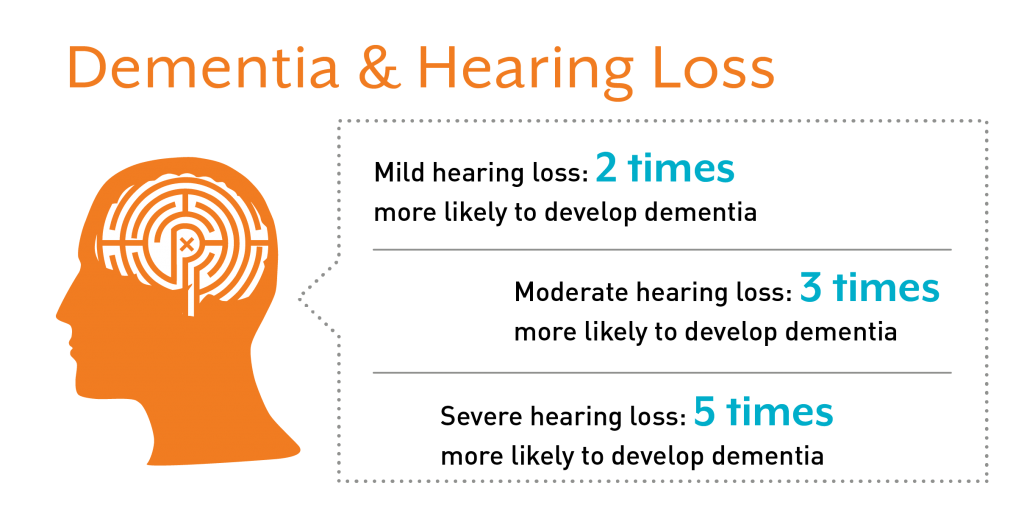 In addition, it seems to happen faster. Studies done of older adults who had at least some hearing loss found that on average they had mental decline 30%-40% faster. In other words, they had the same mental decline in 7.7 years, on average, as someone with normal hearing showed in 10.9 years.

Assuming that there really is a direct link between hearing loss and people experiencing various forms of cognitive decline, there may be some really positive news which comes out of these findings. It may be that by providing patients with technology that improves hearing, such as quality hearing aids that we offer at Sage Hearing, that cognitive decline may be staved off during senior years.

It may also even be possible to reverse the effects of cognitive decline to some extent by providing a dementia patient with the means to clearly hear all those sounds around them. The evidence accumulated in a growing number of studies on the subject, now strongly suggests that older people should periodically undergo a hearing test, and if necessary, should use a hearing aid in Portland, OR, to help slow down any effects of cognitive decline.

Links to more articles related to hearing loss and dementia

Our Office is Open